Soon on Twitter, a debate between pro gun and anti gun groups unveiled.

All graphs here show the tweet-retweet relationship of data collected from that week. Each node represents a Twitter user, and two nodes are connected if one retweets from another. Anti gun group is colored green, and pro gun is colored red.

We hope our work can inform you, your friends, and the public.

Anti gun group, lead by students and activists, had strong support from most news media. 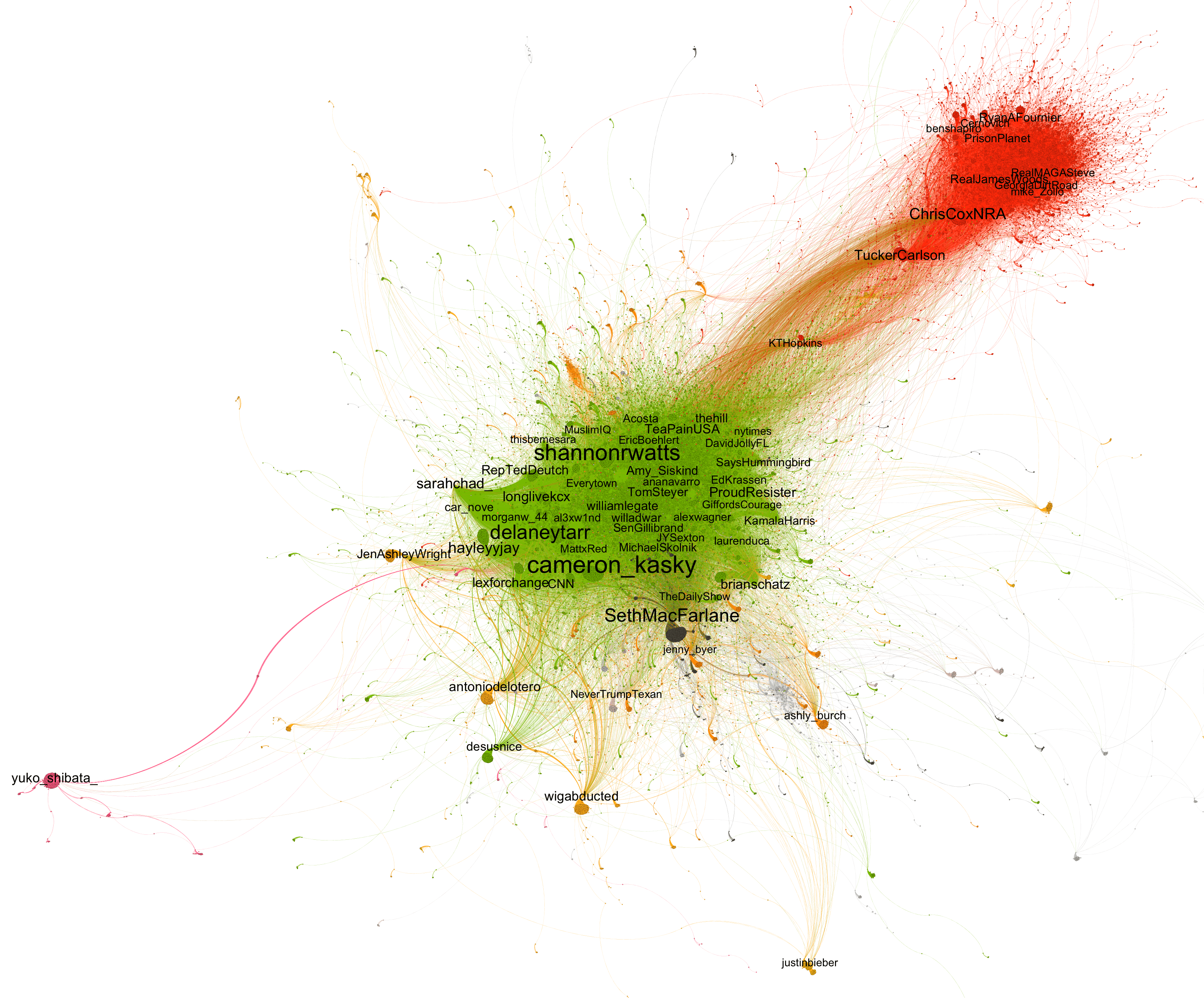 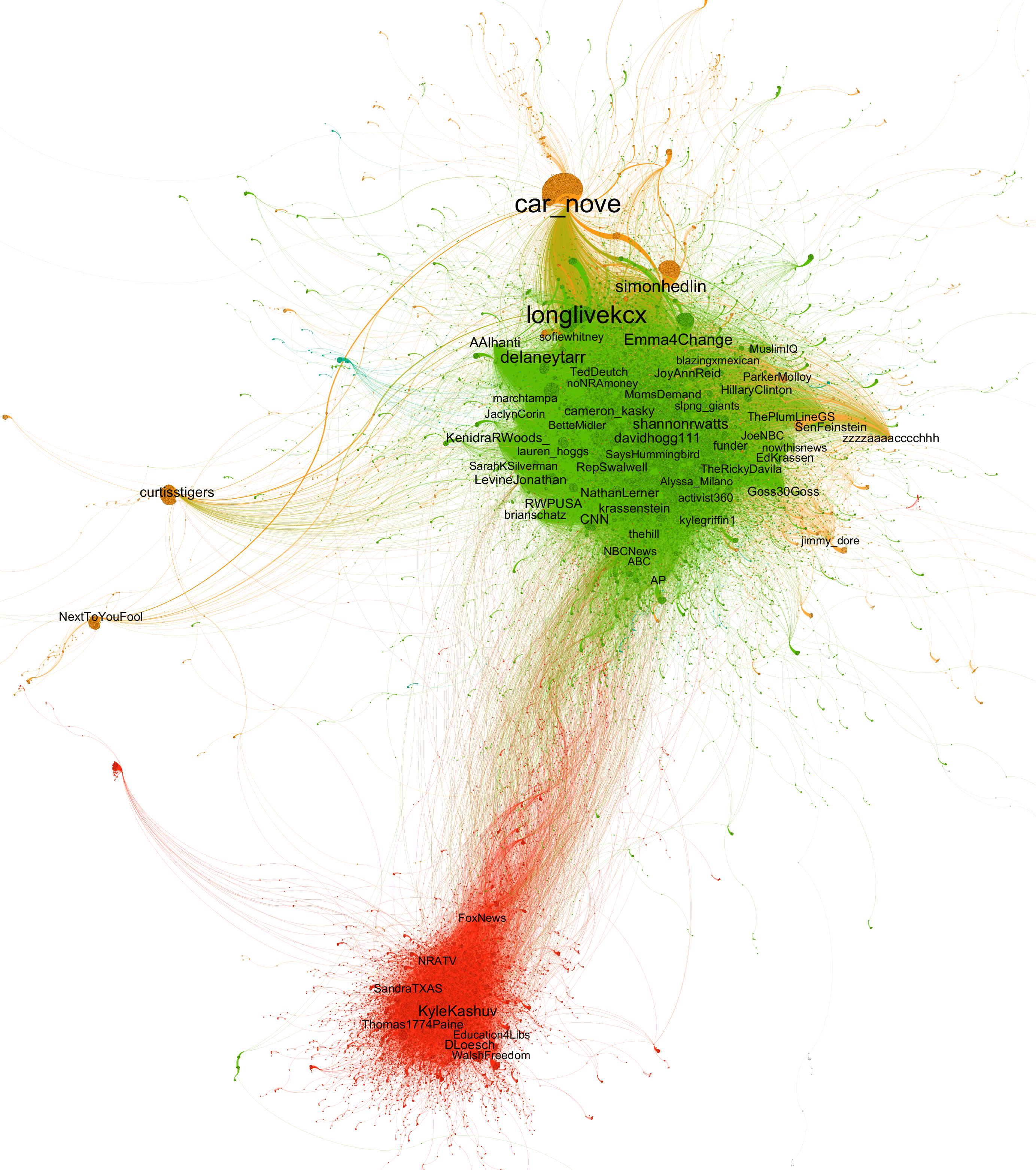 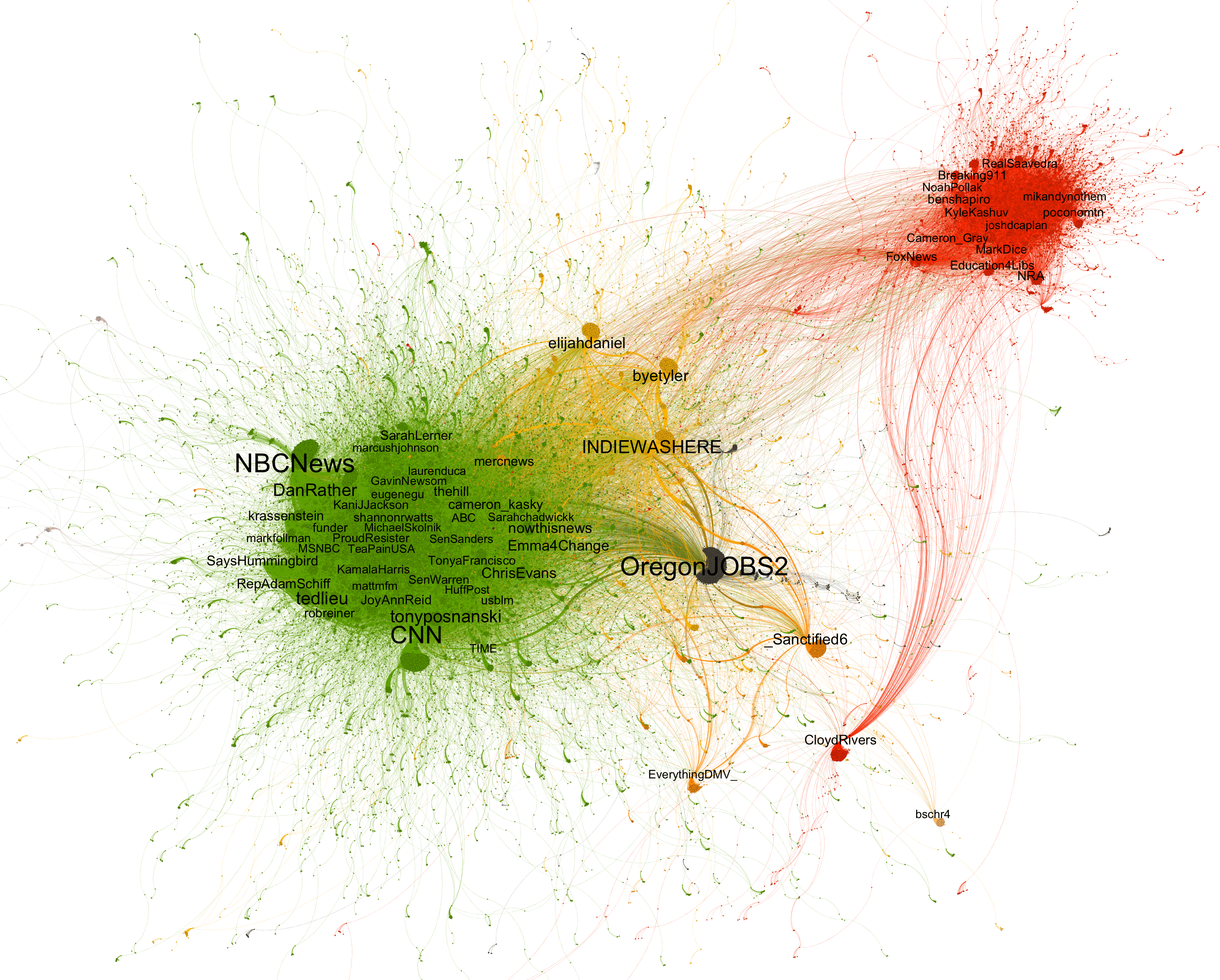 Here we saw a major shift of the dynamics of two groups. For the first time, the size of pro gun group started to grow. Liberals, political commentators joined pro gun group. 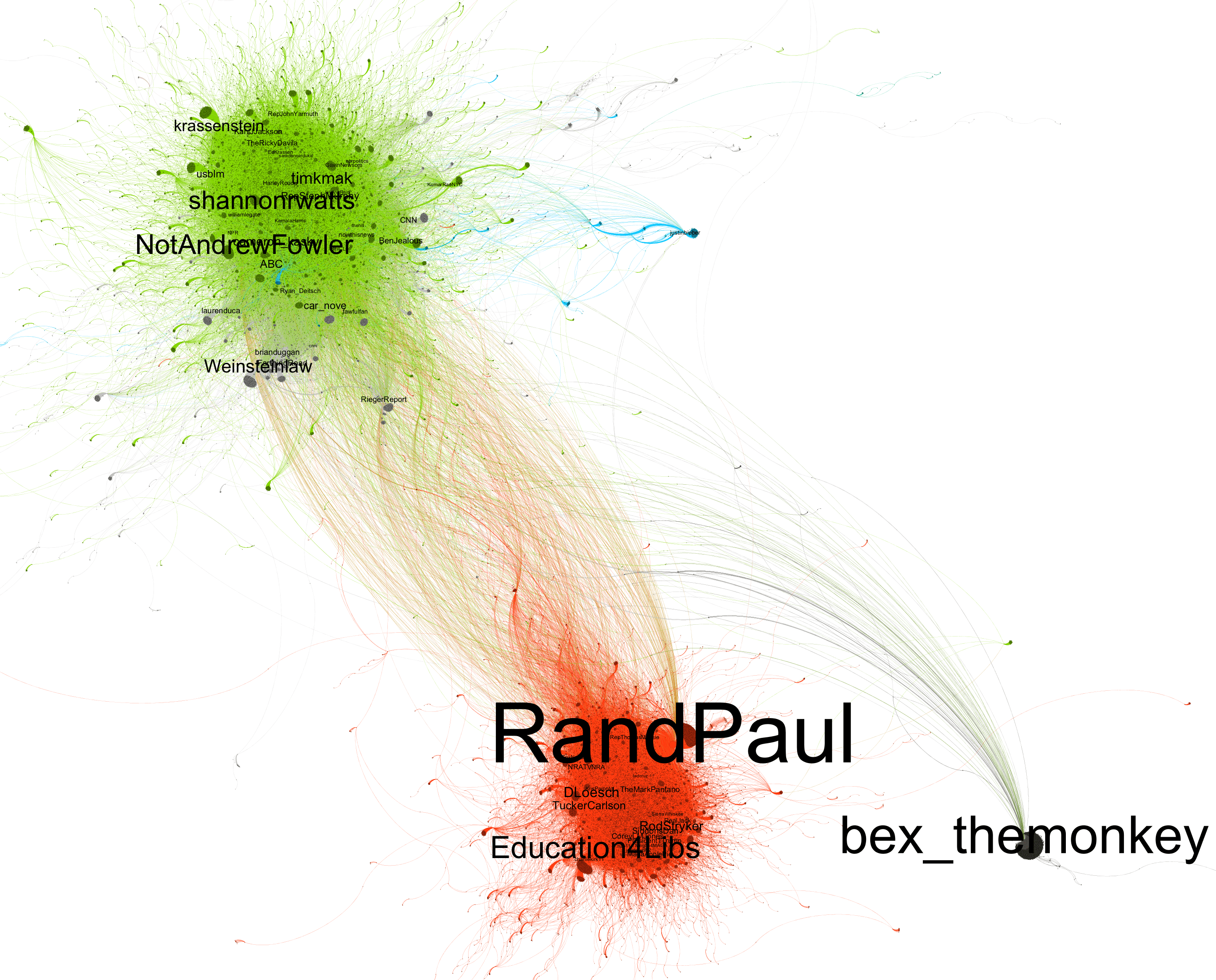 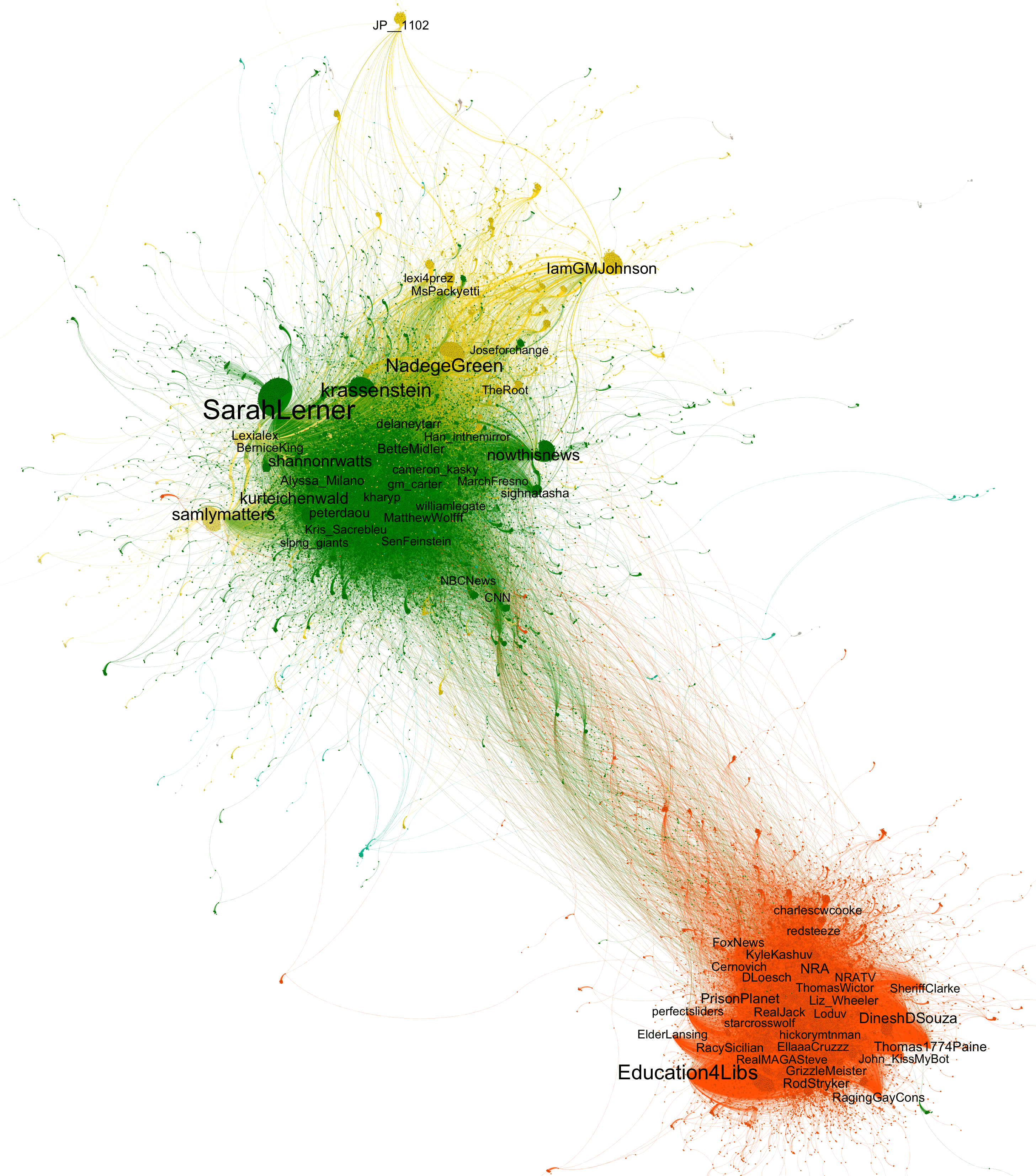 Most news media had faded away at this point. 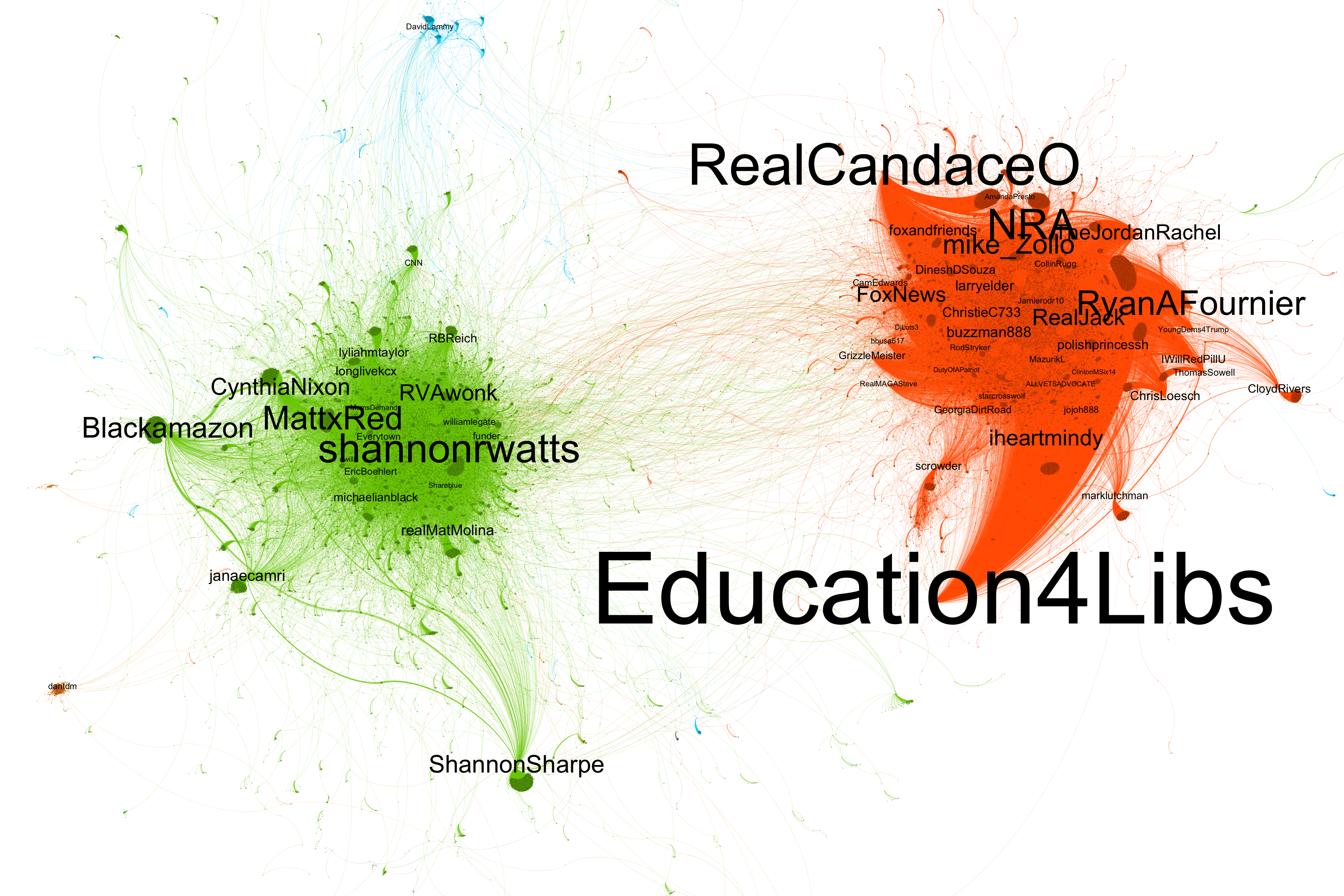 Now it's time to take action and to spread the word.

Connect to your local senators, congressmen and congresswomen who participated in the gun control debate.